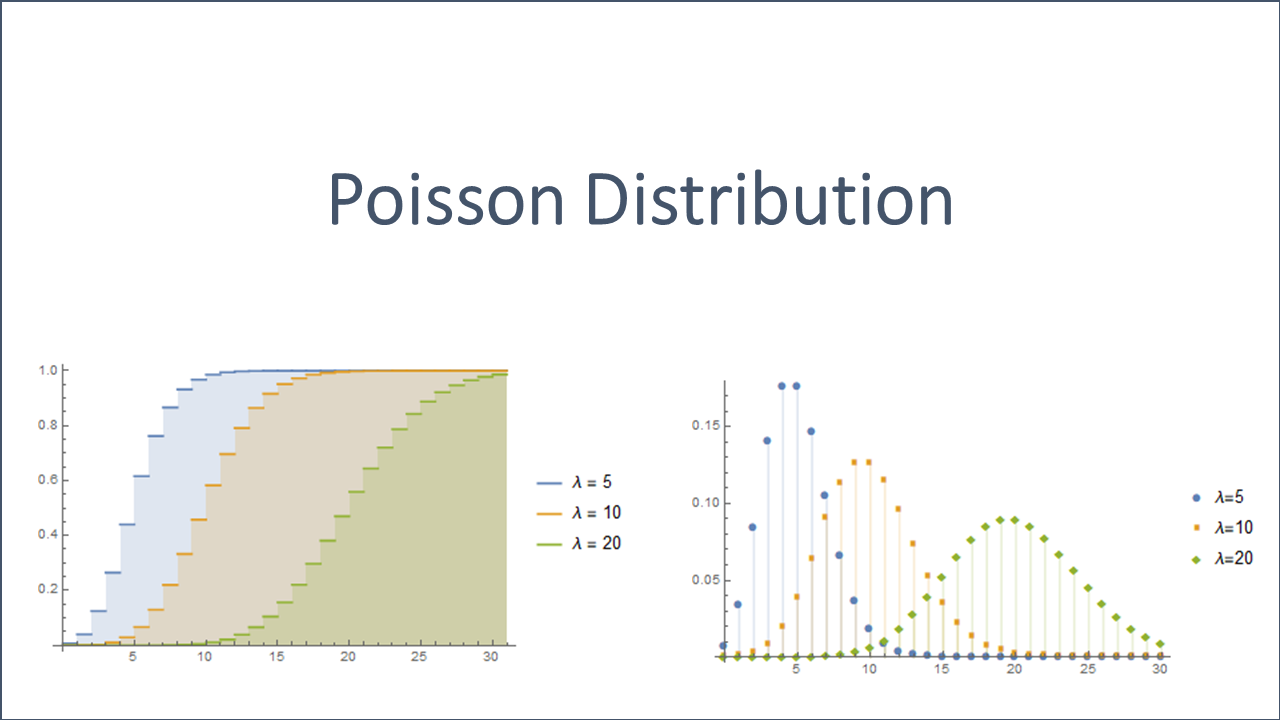 times, i.e., the distribution range is

. The possible number of events is not restricted upwards, however, the possible natural numbers can occur with quite different probabilities.

To make things simpler we can, however, normalize the time frame within we count the events to the unit interval

Given the transformation of the time interval we are now interested in the following random variable:

However, the following four assumptions have to be fulfilled such that

is governed by the Poisson random variable:

If those assumptions hold true the random variable

is governed by the Poisson distribution.

that follows the probability mass function

is distributed according to the Poisson distribution denoted by

follows a binomial distribution with parameters

gives the probability of exactly

successes  in a sequence of

independent experiments , each asking a yes–no question, and each with its own boolean-valued outcome. What if we have an infinite number of trials and expect to see

successes? This leads directly to the Poisson distribution:

What specific event we are interested in does not matter as long as the four assumptions above are (at least approximately) fulfilled. For instance, we could count the number of defaults occurring during a year,  the number of claims to an insurance company within a business year and so on.

The next exhibit, where different probability mass functions are plotted, shows that the probability of small values is greater if

can also take on very small values. That is, if we choose

), it is very likely that we end up with a sample only containing

. Corresponding examples are plotted in the next graph.

The cumulative distribution function of a Poisson-distributed random variable

in the next exhibit: