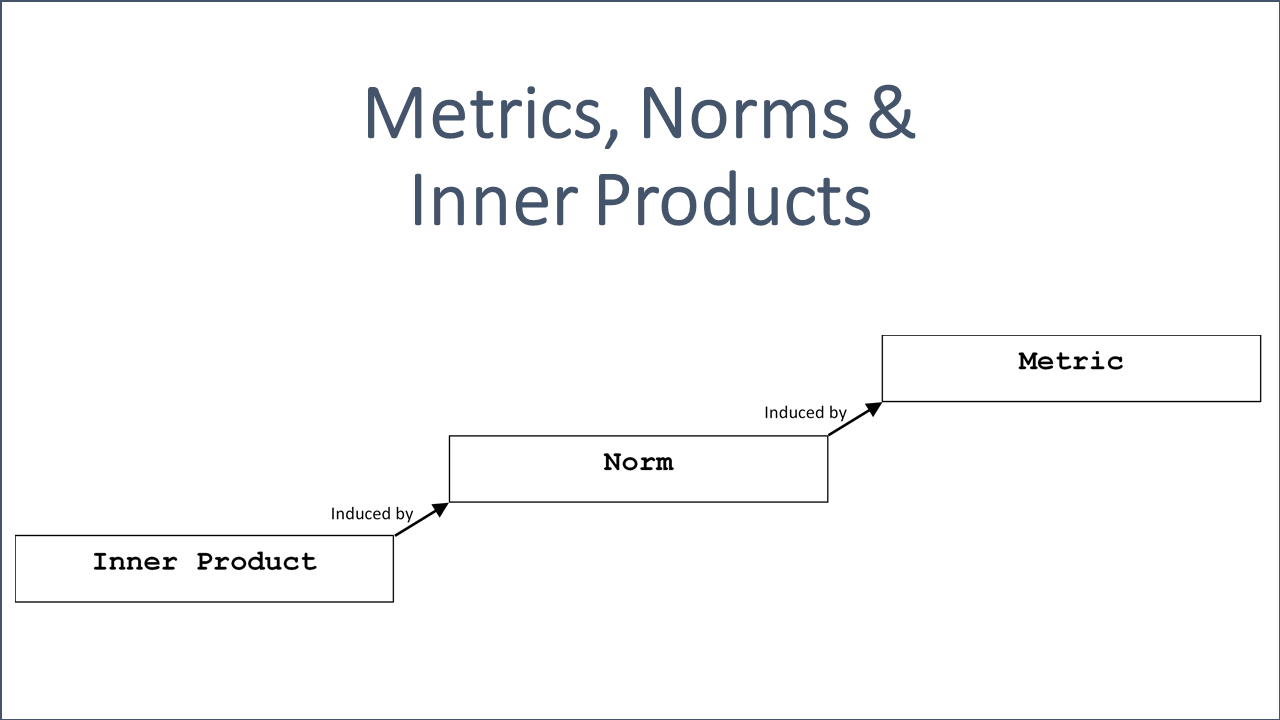 Most people do have an intuitive understanding of the real number system: it is the number system that should be used for measurements of space and time as well as for other physical quantities that are thought of as varying continuously rather than discretely. This number system is also the basis for the modern understanding of geometrical concepts such as length, distance and angle. On the other hand, inner products, norms and metrics are needed for fundamental topics such as convergence, continuity and several concepts within topology.

Hence, the overall objective of this blog post is to foster the intuition, to explain the motivation behind and the interrelation between inner products, norms and metrics of inner products. All three function types are closely related to each other since an inner product can induce a norm, which itself can ultimately induce a corresponding metric.