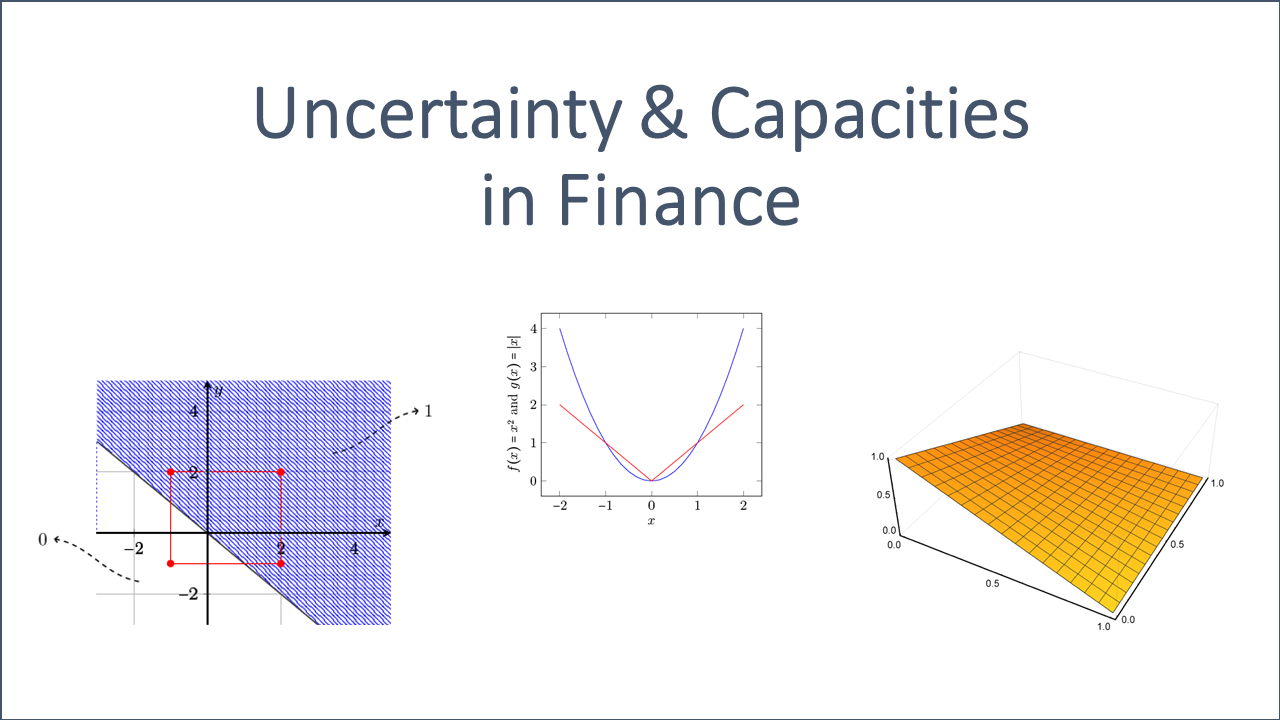 The quote of the famous statistician George E. P. Box that “all models are wrong” highlights the uncertainty (e.g. model risk) involved in probabilistic models. Considering that many decisions, in particular, in finance are based on model results, the potential impact might be tremendous.

The present review article explains how risk and uncertainty are related to each other and illustrates what might go wrong in probabilistic models, when high uncertainty and human-behavior meet. To this end, a simple version of the famous Ellsberg paradox is explained and many other situations are explained where classical probability/measure theory might not be enough.

A mathematical introduction to so-called capacities and Choquet integrals is provided since both functions are capable of dealing with higher degrees of uncertainty. A capacity extends the classical measure theory by restricting to monotonicity instead of requiring (

-) additivity. Important concepts such as modularity, generalized distribution and survival functions as well as distorted probabilities are explained and put into context. After studying capacities, we introduce Choquet integrals with respect to capacities.

Many (new) examples throughout the article have been added to illustrate the theory.

Uncertainty and Capacities in FinanceDownload